We've sent you an email with a link to update your password.

A password reset email has been sent to the email address on file for your account, but may take several minutes to show up in your inbox. Please wait at least 10 minutes before attempting another reset.

Registering for this site allows you to access your order status and history. Just fill in the fields below, and we’ll get a new account set up for you in no time. We will only ask you for information necessary to make the purchase process faster and easier.

Losing Weight Was Easy: I Simply Ate This Delicious Tuna Every Day For Lunch 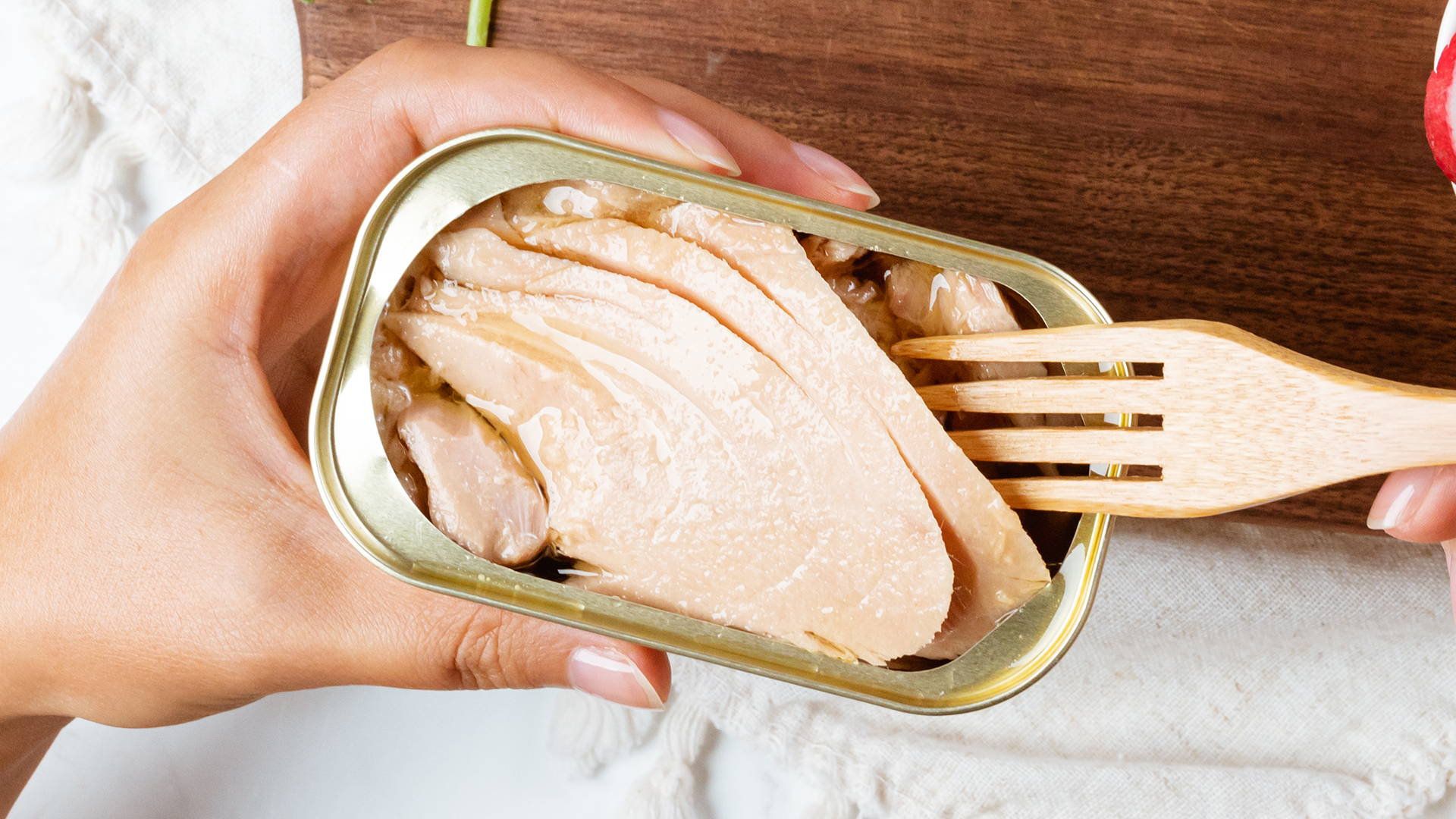 Switch to Natural Catch Tuna. Better Taste and Better Health, For Both You and the Planet.

I needed to get healthier. And we all know the first step to that is to improve our diet. But therein lies the problem: it’s hard to alter your diet to the point where your health improves.

I could go full Keto. Or Paleo. Or South Beach. They all seem to have their merits. But I’ll be honest – I am not committed enough to follow any of them fully.

That all said, I could do parts of it. And that’s what I did. I changed one food, and one meal. And it changed me.

The meal was lunch. And the food was Natural Catch Tuna.

Why Lunch, and Why Tuna?

Before I get into the details of Natural Catch Tuna, I first want to talk about why I picked lunch, and then tuna.

Lunch was my easiest meal to change. Unlike breakfast (which I want super-fast, so I gobble a protein bar with my coffee) or dinner (which my wife and I eat together), lunch was the meal I both had time for, and ate alone, so it was easiest to change.

I usually brought a sandwich and chips to work, or ate fast food out. So I knew if I could find a healthy lunch that I liked, it would really improve my diet.

So… what to switch my lunch to?

I honestly didn’t know. I tried yogurt and nuts for awhile, but… meh. And it didn’t hold me over either. I tried salad, but the same thing.

Then one day I saw a YouTube video for, of all things, Tuna. 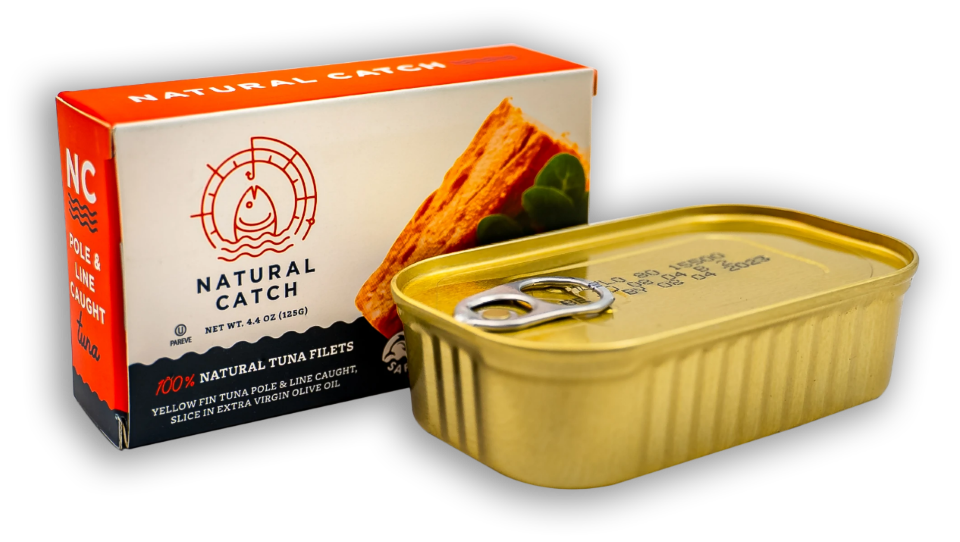 And you know what? I was intrigued. I always liked Tuna sandwiches, but never really thought of it as a consistent meal. But this Tuna looked so good right out of the can that my mouth was literally watering.

I had to try it. I ordered a few cans. And trust me, when I got them I was seriously surprised.

The Tuna was different. It was firm, not mushy. It smelled GREAT. I ate a piece right out of the can and was shocked at the flavor. It was succulent!

I’ll skip to the end now: I have lost 8 pounds in 2 months’ time, by doing nothing more than eating Tuna at lunch. Sometimes I eat it plain, sometimes on top of a salad, and sometimes as a sandwich. It’s versatile, delicious, and super healthy.

Now let me tell you what makes Natural Catch Tuna so great.

Most people have never had fresh, healthy, selectively sourced Tuna.

Supermarket tuna is mass produced, caught in giant nets (along with dolphins and other wildlife), and processed in factories. The mercury content is high, and the taste is non-existent.

Natural Catch Tuna addresses these shortcomings with their fresh, sustainable Tuna Filets that are nothing short of a revelation for Tuna lovers.

Natural Catch Tuna are pole and line caught, one at a time, mostly from the open waters of the Pacific Ocean.

Pole catching is the most sustainable and responsible way to harvest Tuna, because it leaves other wildlife alone. But there’s also a health and taste benefit: Pole Catching means they only take the younger tuna that swim near the surface. These tuna are healthier, and have significantly less mercury than older tuna that swim deeper. 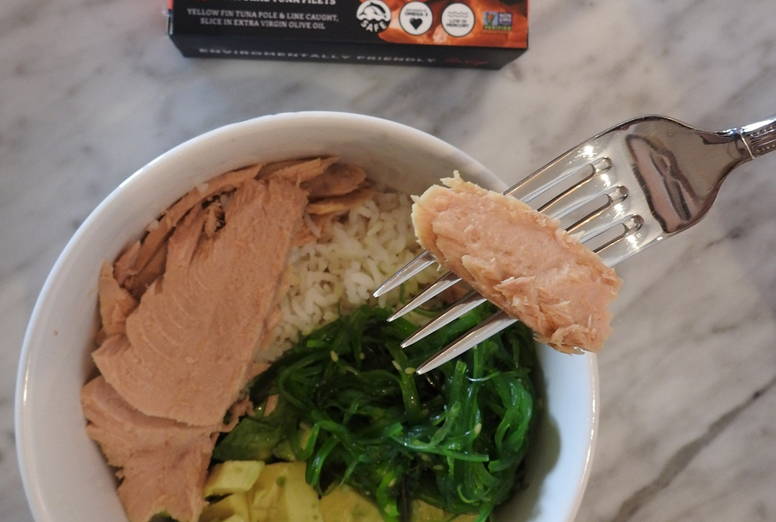 The fresh, healthy tuna Natural Catch uses are carefully sliced filet-style, which gives it both a look and consistency that is like a grade-A steak. It’s then packed in extra-virgin olive oil imported from Spain, and canned/sealed on location.

In fact, every part of the preparation and canning is handled by the company itself, so there no middleman or giant contracted canning facility. This makes their high-quality product exceptionally affordable (the company is also offering a “review special” for our readers – up to 44% off!

But none of the matters unless it tastes great. Read on…

So How Does it Taste? 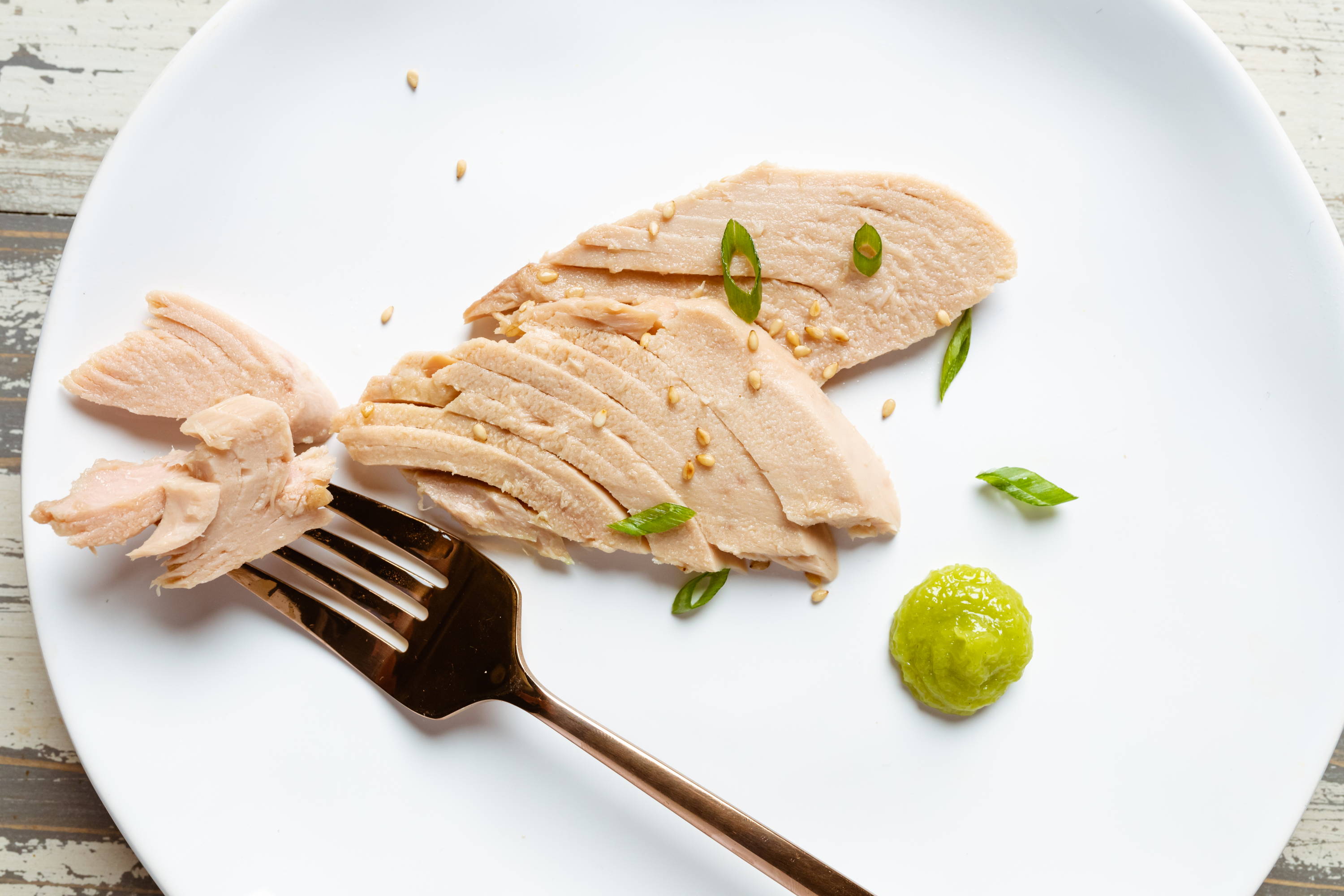 I am amazed at the texture and flavor. It’s completely different from any canned tuna I have ever seen, and it’s superior to even the tuna I’ve had at restaurants.

The olive oil really adds something here, and the “filet-style” presentation makes it look and taste positively mouthwatering. This is a fantastic product.

I looked at the ingredients on the tin - here they are: Tuna, Extra Virgin Olive Oil, Water, Vegetable Broth, Sea Salt. 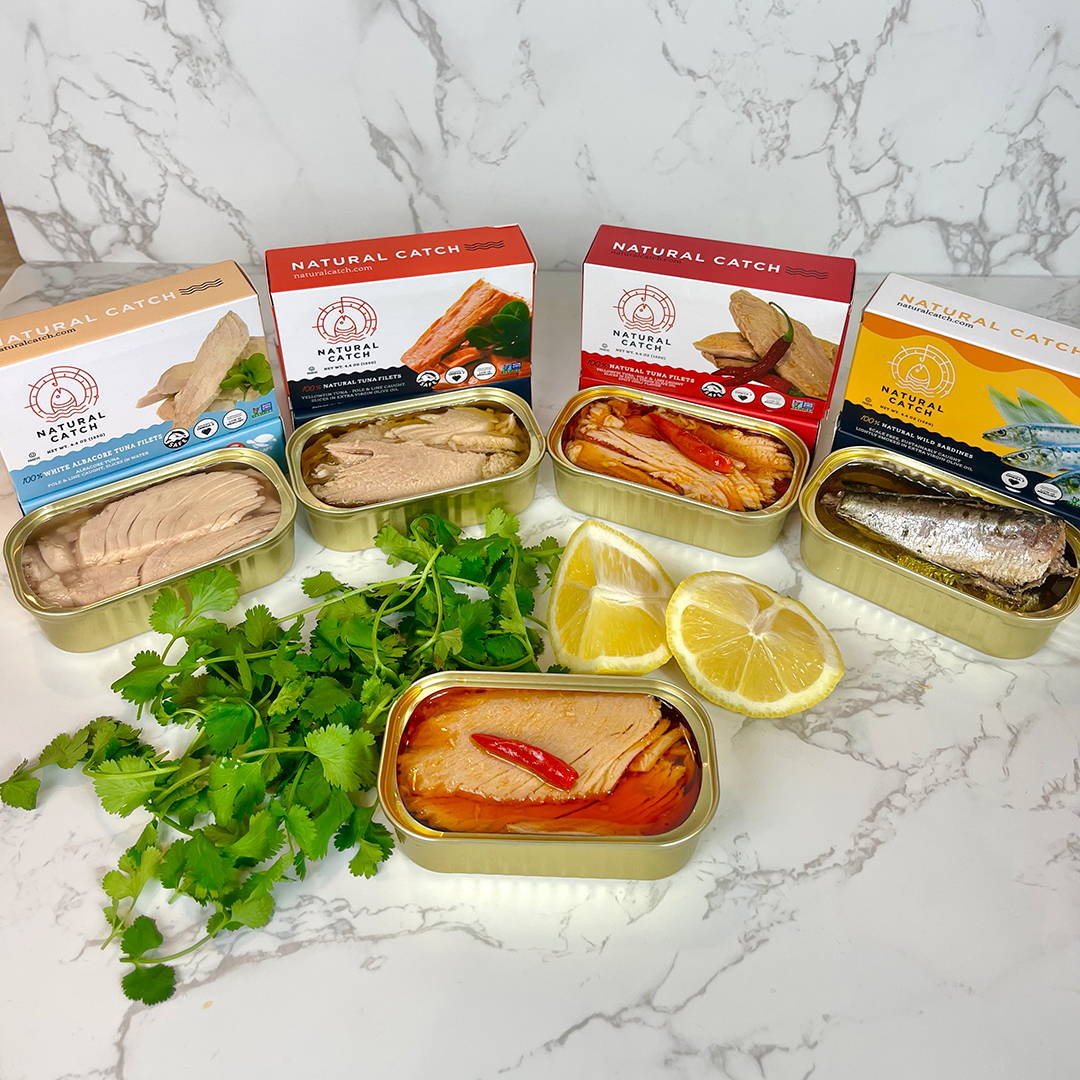 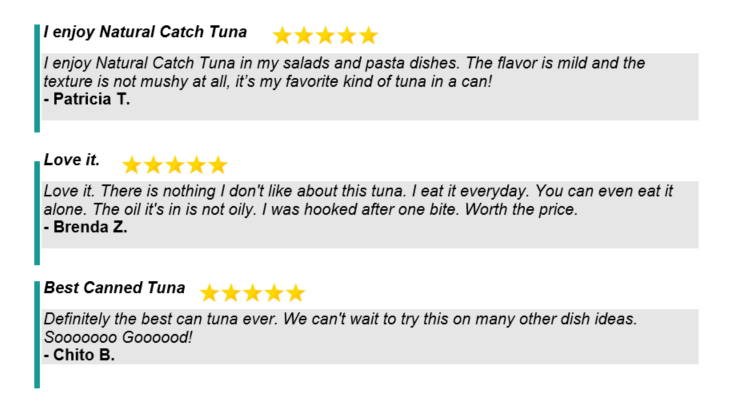 Try Natural Catch Tuna Now at Up to 44% Off!

When I let the company know I was reviewing their tuna, they turned and offered readers an excellent deal: up to 44% off! You can choose between a 6-pack, 12-pack, or 24-pack.

If you are interested in healthier eating options that are also better for the planet, and simply want the best tasting tuna available, click below to claim your discount and have the world’s best, healthiest, and freshest tuna delivered right to your door!

Click Here to Claim Your Discount on Natural Catch Tuna

Click Here to Claim Your Discount on Natural Catch Tuna